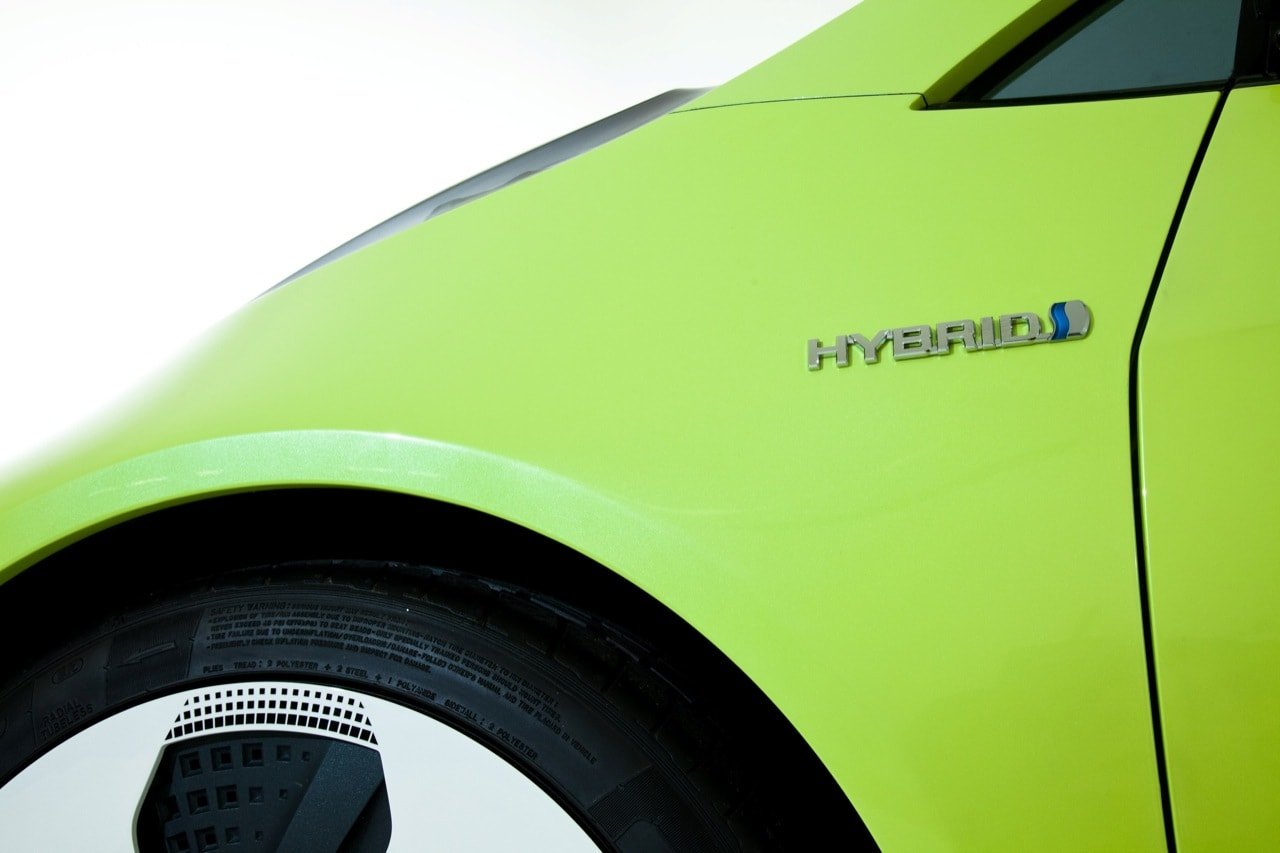 Environmentally friendly. Fuel efficient to the last drop and designed with power and performance in mind. Toyota's latest generation hybrid vehicles offer the most desirable features of both a gasoline engine and an electric motor system. They don't just raise the bar? they carry it to heights few thought possible. The ever-expanding Toyota hybrid fleet: allowing us all to breathe more easily.

Toyota's Hybrid Synergy Drive is a full hybrid because it can operate in three distinct modes; gas only, electric motor only, or a combination of the two. It doesn't have to be plugged in, ever.

Fewer emissions and pollutants... More kilometers on less fuel... power and performance second to none... and a ride with the quiet smoothness of a luxury vehicle.

The Future of Hybrids

Hybrids are here to stay with the technology being integrated into more and more of the Toyota line up. At present, that includes the Prius, Camry Hybrid and Highlander Hybrid.

When is a Hybrid NOT a Hybrid

There many distinct variations of a Hybrid vehicle. Here are some that you may or may not know about, but what you need to remember is that Toyota uses only the most advanced series/parallel hybrid system available. Toyota pioneered the passenger car hybrid and has been researching hybrid technology for over 40 years. For Toyota the hybrid is an integral part of the past, present and future of our vehicles and not a "bridge" or "stop-gap" technology.

This is the simplest hybrid configuration. In a series hybrid, the electric motor is is the only means of providing power to get your wheels turning. The motor receives electric power from either the battery pack or from a generator run by a gasoline engine. A computer determines how much of the power comes from the battery or the engine/generator set. Both the engine/generator and regenerative braking recharge the battery pack. The engine is typically smaller in a series drivetrain because it only has to meet average driving power demands; the battery pack is generally more powerful than the one in parallel hybrids (see below) in order to provide remaining peak driving power needs. This larger battery and motor, along with the generator, add to the cost, making series hybrids more expensive than parallel hybrids.

While the engine in a conventional vehicle is forced to operate inefficiently in order to satisfy varying power demands of stop-and-go driving, series hybrids perform at their best in such conditions. This is because the gasoline engine in a series hybrid is not coupled to the wheels. This means the engine is no longer subject to the widely varying power demands experienced in stop-and-go driving and can instead operate in a narrow power range at near optimum efficiency. This also eliminates the need for a complicated multi-speed transmission and clutch. Because series drivetrains perform best in stop-and-go driving they are primarily being considered for buses and other urban work vehicles. The Chevrolet Volt is an example of a Series Drivetrain hybrid. The Volt speeds up battery recharging cycles by having the driver "plug-in" the car to a household outlet when parked.

Plug-in hybrids may provide owners with lower operating costs by utilizes a less expensive household electric current to recharge their battery but there are many who feel that the environmental impact is just as or even more significant than a conventional gasoline engine, since most of North America's and China's electricity is derived from coal fire electric power stations.

A series drivetrain is also employed by "Hydraulic Hybrids" but instead of an electric generator a hydraulic pump is driven by the gasoline (or other combustible fuel) engine and energy is stored in large, pressurized hydraulic filed reservoirs instead of a battery. Hydraulic hybrids, because of the bulk of their components, are being tested now in package and courier delivery trucks in some countries.

With a parallel hybrid electric vehicle, both the engine and the electric motor generate the power that drives the wheels. The addition of computer controls and a transmission allow these components to work together. This is the technology in the Insight, Civic, and Accord hybrids from Honda. Honda calls it their Integrated Motor Assist (IMA) technology. Hyundai/Kia also use this technology replacing their transmission torque converter with an electric motor. Parallel hybrids can use a smaller battery pack and therefore rely mainly on regenerative braking to keep it recharged. However, when power demands are low, parallel hybrids also utilize the drive motor as a generator for supplemental recharging, much like an alternator in conventional cars.

Since, the engine is connected directly to the wheels in this setup, it eliminates the inefficiency of converting mechanical power to electricity and back, which makes these hybrids quite efficient on the highway. Yet the same direct connection between the engine and the wheels that increases highway efficiency compared to a series hybrid does reduce, but not eliminate, the city driving efficiency benefits (i.e. the engine operates inefficiently in stop-and-go driving because it is forced to meet the associated widely varying power demands).

optimum efficiency more often. At lower speeds it operates more as a series vehicle, while at high speeds, where the series drivetrain is less efficient, the engine takes over and energy loss is minimized. This system incurs higher costs than a pure parallel hybrid since it needs a generator, a larger battery pack, and more computing power to control the dual system. However, the series/parallel drivetrain has the potential to perform better than either of the systems alone.

It is questionable if the "Start / Stop" hybrid is even a hybrid at all. With a Start / Stop hybrid the gasoline engine starts and stops as you drive the vehicle much like a gasoline powered golf cart does. In the Start Stop drivetrain the vehicle uses a conventional gasoline powertrain with a large capacity electric battery to assist in running the heating and cooling system, power steering/brakes and convenience items like the stereo and windshield wiper when the vehicle is stopped in traffic and the gasoline engine is not running. The system also uses a non conventional engine starter in most cases that is more robust than a standard gasoline engine as it must start the vehicle after every time the vehicle is halted. The Chevrolet Malibu Hybrid is an example of a start / stop hybrid.

· Toyota's hybrid vehicles will run out of power if you don't plug them in.

Absolutely not. In fact, you never have to plug a Toyota hybrid vehicle in. Thanks to an ingenious regenerative braking system that converts otherwise wasted kinetic energy into electricity and the ability to reclaim excess energy when driving at a sustained pace, the battery is automatically recharged. That means there's no danger of driving beyond the range of the battery. And you gas up a Toyota hybrid the same way you would any other car on the market today.

· A Toyota hybrid can run on electricity alone if the car runs out of gas.

No, this is not the case. While the vehicle can run in electricity-only mode with gas in the tank, it is not designed to run without gasoline. In fact, drivers are strongly advised to keep their gas tanks fueled, as operating the car on an empty tank can lead to severe damage to the hybrid system.

· I need special knowledge or a special license to drive a hybrid vehicle.

No, you do not require any special knowledge to drive a Toyota hybrid car. The hybrid is driven in the same way as a regular car: You get in, turn the key/push the button, put it in Drive and off you go. When you notice it getting low on gas, you fill it up. And you don't need a special license either. Your standard driver's license will do nicely.

· Toyota hybrids can operate in gasoline engine or electric motor mode only.

Not true. Because Toyota hybrids are what's known as "true" or "full" hybrids, they can actually operate in a third mode: with both the gas engine and electric motor running. As well, thanks to the power split device, an optimal ratio of gas engine / electric motor power is constantly being fed to the wheels.

· All hybrids are the same.

In fact, there are three different types of hybrids; series, parallel and series/parallel. In a series hybrid, the electric motor drives the wheels and the engine's only task is to generate electricity. In a parallel hybrid, the engine serves as the main motive power while the motor helps in acceleration. Toyota employs the series/parallel hybrid system, making use of both the gas engine and the electric motor for motive power.

· A hybrid with such tremendous fuel efficiency is not going to perform as well as a vehicle that runs on an internal combustion engine alone.

It may have been true at one time that fuel efficiency and powerful performance were not compatible. But Toyota's hybrids are built to deliver on both, thanks to the seamless working and integration of the gas engine and electric motor. In fact, under standard operating conditions these hybrids offer the driving and acceleration performance of vehicles with much larger engine displacements.

No, the maintenance scheduling and requirements for a hybrid are similar to conventionally-powered vehicles. As for the hybrid system itself, it doesn't need any extra maintenance.

· There's a danger of shock or fire from the battery pack.

Toyota hybrids pose no additional risks over conventional vehicles. The battery pack is completely sealed. As well, all high voltage circuits are protected against accidental contact. They are marked, color-coded and have warnings indicating their presence.

Not at all. You can jump start a hybrid vehicle with a standard 12-volt DC power source. Connect to cable clamps to access points under the hood and energize the computer. Then press the Start button or turn the key.

· You need higher octane gasoline for the Toyota hybrids to operate efficiently.

No, the hybrids can be run very efficiently on regular octane gasoline.

False. Among the differences:

- The Toyota hybrids use the Hybrid Synergy Drive system which automatically finds the best combination of gas engine/electric motor motive power, depending on driving conditions. The Honda Integrated Motor Assist is a parallel hybrid system with an electric motor.

Enter My Demo Drive
See for yourself if a Hybrid is right for you.